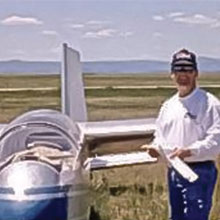 Attorney Robert A. Lees is the founder and principal of Robert A. Lees & Associates. For over 40 years he has committed his career to resolving complex issues involving regulatory grievances, litigation, arbitration, mediation and appellate actions in all administrative law courts and before regulatory boards at the state and federal levels in Colorado. Bob serves mental health professionals and corporate clients not only in this state, but throughout the United States. He effectively and conclusively handles cases before Colorado’s Department of Regulatory Agencies (DORA), where he puts the best of his extensive experience of mental health, corporate and management issues to work on behalf of the client.

Bob is committed to improving regulations and laws involving mental health counseling and children’s services. He assisted in drafting and presenting Colorado’s child abuse laws to the legislature and worked closely with governmental and private agencies on child protection issues involving school violence, response protocols and first responder procedures. In addition, Bob helped draft and present numerous statutory amendments to the Colorado Code for nonprofits and other causes.

Governor Bill Owens appointed Bob to the Board of Licensed Professional Counselors in Colorado for the term that ended in 2006. Also, the Colorado Department of Regulatory Agencies (DORA) consulted with Bob to assist in the reenactment of sunset review laws and requested his opinions and suggestions on modification of the current laws. Robert A. Lees & Associates is asked to participate in ongoing “stakeholders” meetings with DORA as to ongoing regulatory issues and concerns.

Bob is not afraid to try cases for our clients when necessary to protect their rights. In February of 2012, Robert A. Lees & Associates was the first law firm to win a precedent setting appeals action against the State of Colorado Department of Regulatory Agencies and the State Board of Licensed Professional Counselor Examiners in its more than 30 year history.  The Colorado Court of Appeals found that DORA and the State Board had abused their discretion and violated client’s right to due process and reversed and remanded the Board’s ruling.

In 1990, Bob litigated against the Property Tax Assessor for the state of Colorado, and won a precedent-setting case to exclude certain nonprofits from taxation. This case was later adopted into the Colorado Revised Nonprofit Act, and has now become codified law.

Bob has since been appointed to the Colorado’s P.O.S.T. (Peace Officer’s Standards and Training) Board by Governor John Hickenlooper, serving alongside the state Attorney General who chairs the P.O.S.T. Board.  As a P.O.S.T. certified law enforcement academy instructor, Bob provides ongoing training to first responders and law enforcement officials as to proper legal protocols to be followed, including school and church incidents.  He serves on various task forces and panels for the Colorado Supreme Court and the Colorado Court of Appeals.  He is currently organizing a task force that focuses on issues for those possessing and purchasing firearms at the request of state officials. The goal of this task force is to improve the interaction of Colorado’s mental health laws with firearm ownership.  He has been appointed by the Colorado Supreme Court to provide advisement on the role of guardians ad litem for the courts and is rendering opinions on those issues. In 2015, Robert A. Lees & Associates set the standard in Colorado for legal guidelines and requirements for conservators and conservatorships in all courts concerning when someone should be appointed to assist and help a person in need.

Prior to founding his own practice, Bob served as deputy district attorney and special prosecutor for the 12th Judicial District, and prior to this he worked for the U.S. Department of Justice. Bob is a prolific author and speaker and has written five regulatory law publications and lectured at numerous national and local education programs.

Bob has earned the highest AV® and Preeminent™ Peer Review Rating SM by Martindale Hubbell® and appears in the Martindale-Hubbell Register of Preeminent Attorneys and Who’s Who in American Law, where he is named among the top one percent of the nation’s lawyers.

Consult an experienced attorney who is dedicated to resolving your problems

Learn more about how Colorado lawyer Robert Lees applies his more than 40 years of experience to resolving issues involving mental health professionals, regulatory boards, litigation and corporate matters. Call Robert A. Lees & Associates at 303–292–1020 or contact Robert online to see how we may assist you.